An Easter Devotion – The Servant Who Suffered For Us

If you had been a Jew in Jesus’ day, you  probably would have been disappointed to learn that He was the promised and  long-expected Messiah.  The idea of a suffering messiah never gained general acceptance in the Jewish nation.  For the most part, the Jews very much wanted a political messiah who could free the nation from Roman control and create a stable Jewish government in Judea.  Most expected the Messiah to be a prominent and handsome person from the line of David, perhaps from one of the leading aristocratic families.  They expected a popular leader who would rally everyone to his cause.  Jesus was a  disappointment to most Jews on virtually every count.  He came from a humble family.  He had no political or military aspirations.  He sought neither fame nor fortune and was of ordinary physical appearance. 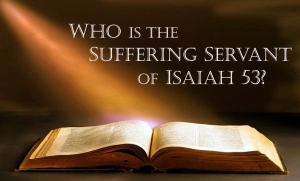 The Old Testament writer Isaiah foretold all of this in advance in his prophesy.  Isaiah also told how the Messiah would free us from the bonds of sin.  God promised that the Servant of the Lord would suffer for the sins of others and ultimately be triumphant.  Let’s look at what Isaiah 53 had to say about the suffering Servant.

The Servant’s Appearance – Isaiah 53:1-3 (All Scripture KJV unless otherwise noted)

1Who hath believed our report? and to whom is the arm of the LORD revealed?  2For he shall grow up before him as a tender plant, and as a root out of a dry ground; he hath no form nor comeliness; and when we shall see him, there is no beauty that we should desire him.   3He is despised and rejected of men; a man of sorrows, and acquainted with grief, and we hid as it were our faces from him; he was despised, and we esteemed him not. 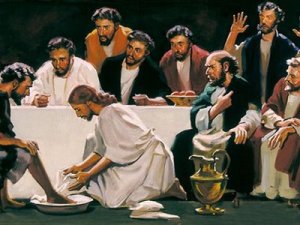 Jesus Washing the Feet of the Disciples

Isaiah described the appearance of the coming Messiah in terms that were diametrically opposed to commonly held Jewish beliefs.  How could the Messiah be a suffering Servant?  Jews believed that the long-expected Messiah would be a handsome, strong and mighty king like David, not a tender plant that would easily die out in dry ground.  Jews believed that the Messiah would be one that would be heralded by man.  He would be triumphant over all of the Jews enemies, particularly Rome, and make Israel a powerful nation.  Instead, Isaiah described the Messiah as one who was “comely”, without unusual strength, one who would suffer, one that would be despised and rejected, a man of sorrows well acquainted with grief.  You see, it was what was on the inside of the Servant that would matter … not the outward appearance nor in accordance with man’s expectations.

4Surely he hath borne our griefs, and carried our sorrows; yet we did esteem him stricken, smitten of God, and afflicted.  5But he was wounded for our transgressions, he was bruised for our iniquities; the chastisement of our peace was upon him; and with his stripes we are healed.  6All we like sheep have gone astray; we have turned every one to his own way, and the LORD hath laid on him the iniquity of us all.

The people of Isaiah’s day viewed lepers and diseased people as outcasts who were unclean, guilty of sin, untouchable and clearly to be avoided.  The average Jew would have believed that one who suffers must be paying the price for his sin.  So, it was logical for the Jew to believe that the Servant who suffered would be guilty of sin.  Of course, nothing could be further from the truth.  Jesus lived a perfect and sinless life.  The fleshly man finds this hard to believe.  Jesus did not have to suffer the consequences of sin.  Yet Jesus unselfishly and willingly took upon Himself the sins of all mankind (“our sorrows”) and paid the price through the shedding of His blood and death on the cross of Calvary for all of man’s sins. 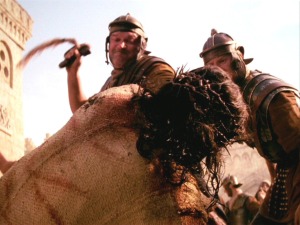 It is because of the “stripes” the Suffering Servant bore that we can be eternally “healed” and protected from the consequences of our sin.  Isaiah clearly states that allhave sinned (gone astray), turned away from God and depended on self (turned every one to his own way).  BUT, God “laid on him the iniquity (sin) of us all.”  Romans 3:23 and Romans 6:23 echo Isaiah by stating “For all have sinned and come short of the glory of God”  and “For the wages of sin is death; but the gift of God is eternal life through Jesus Christ our Lord.”

7He was oppressed, and he was afflicted, yet he opened not his mouth; he is brought as a lamb to the slaughter, and as a sheep before her  hearers is dumb, so he openeth not his mouth. 8He was taken from prison and from judgment; and who shall declare his generation? For he was cut off out of the land of the living; for the transgression of my people was he stricken. 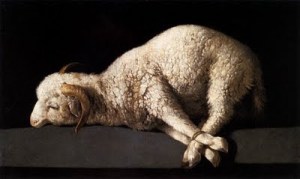 The Servant knew that His death most assuredly was ahead, yet “he opened not his mouth.”   Why would the Servant allow Himself to be led as the innocent lamb to slaughter without hesitation.  Hebrews 9:22 (NKJV) provides the answer:  “And according to the law almost all things are purified with blood, and without shedding of blood there is no remission.”  The Servant/Messiah would provide the perfect sacrifice required for the remission of sin.  Paul describes Jesus this way in 2 Corinthians 5:21: “For He made Him who knew no sin to be sin for us, that we might become the righteousness of God in Him.”

New Testament writer Luke describes how Philip used Isaiah 53:7-8 to witness to the Ethiopian eunuch.  The eunuch was a man of great importance, a God fearer and a Gentile, from what was known at that time as the land of “Cush”.  Cush is the term used by those of Jesus’ day to refer to all of the land that lay below Egypt, basically what we know today as Africa.  The eunuch had traveled more than 1,000 miles, a journey of at least 50 days one way, to worship the God of Israel in Jerusalem.  After hearing Philip’s witness the eunuch believed that Jesus was indeed the Servant/Messiah that he had just been reading about in Isaiah.   The eunuch trusted in Jesus as his Savior and was even baptized as an affirmation of his salvation experience.  Later the eunuch most assuredly returned to his land to spread the message of Jesus.  This was indeed the fulfillment of the third part of Jesus’ marching orders given in Acts 1:8 “But ye shall receive power, after that the Holy Ghost is come upon you: and ye shall be witnesses unto me both in Jerusalem, and in all Judaea, and in Samaria, and unto the uttermost part of the earth.”

11He shall see of the travail of his soul, and shall be satisfied; by his knowledge shall my righteous servant justify many; for he shall bear their iniquities.  12Therefore will I divide him a portion with the great, and he shall divide the spoil with the strong; because he hath poured out his soul unto death, and he was numbered with the transgressors; and he bare the sin of many, and made intercession for the transgressors. 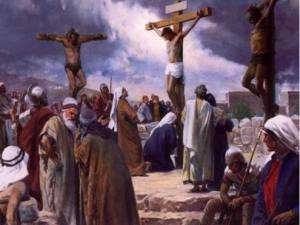 Though the Servant suffered greatly taking upon Himself the sins of all mankind, He was greatly satisfied with the end result.  He had provided THE way for all men who confess their sins and accept Him as Savior to spend eternity with God in Heaven.  Jesus is that righteous suffering Servant that “made intercession for the transgressors.” 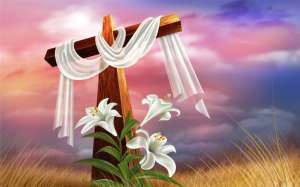 The Servant was triumphant over sin and death.  His suffering  provided the means for the salvation of ALL men.  The cross is empty because Jesus has conquered sin and death and is present in Heaven with God the Father.

Things are not always what they appear to be.  Jesus demonstrated the relationship between suffering and salvation as He substituted himself as the sacrifice for our sins. His suffering was instrumental in providing our salvation. Consider the difference that His suffering and triumph have made in your life. Because of His victory over sin and death, those who commit their lives to Him by faith are justified. One day all the faithful will be exalted with Him!

Can you point to a specific time in your life when you asked Jesus to become your Savior?  If you answered yes, then rejoice in the difference He has made in your life!  If you answered no, then please click on this link (How to Become a Christian) to learn how to trust Jesus, the Servant who suffered for you,  for your eternal salvation.

Jim Davenport resides in the USA in Northeast Georgia, is a member of a Southern Baptist Church and is a retired Christian business man. Jim and his wife Charlotte have one son and daughter in law, Keven and Amy, four grandchildren – Ashlyn (Davenport) & Josh Murphy, Mason & Rebecca (Knight) Davenport and four great-grandchildren. Jim and Charlotte own a mountain get-away home located on Lookout Mountain in Alabama where they spend many spring, summer and fall days working in their raised bed organic garden. Jim has served as a Deacon and Trustee in his local church most of his adult life and on the Executive Committee and Finance Committee of the Board of Trustees of Shorter University, an intentionally Christian institution located in Rome, Georgia. Jim has a passion for the word of God and has always believed that Christian principles should guide every aspect of his life. He also loves Christian music and often served as a tenor soloist in his church. One of the highlights of his life was the nearly 20 years he spent singing with The Good News, a Southern Gospel quartet. Jim served as an Information Technology professional his entire working career of 50 years holding senior positions in and consulting with hundreds of world-class organizations in the United States, Canada, Europe, Central and South America, Australia and New Zealand. Jim remains as President and CEO of InfoSys Solutions Associates, Inc. and is a retired partner of IT Governance Partners, LLC, both of which are “Trusted Advisor” technology and business consulting firms. Jim has authored a number of books available at www.jimdavenport.me/jims-books. His blog has ben read by readers from more than 170 countries. Jim holds both a BS and an MS in Mathematics from Georgia State University in Atlanta, Georgia and completed Management Development Training at Emory University in Atlanta, Georgia.
View all posts by jimdavenport →
This entry was posted in Bible Studies, Christian Devotions, Uncategorized and tagged bruised for our iniquities, Bruised for our transgressions, christian devotions, Easter, Easter Devotion, Easter Lesson, Isaiah 53, Messiah, salvation, Sin. Bookmark the permalink.