We worship our “heroes” by idolizing them, only later to scold and turn on them when we find that they don’t live up to our expectations. Consider the life of Pete Rose. Rose was well-known by the nick-name, “Charlie Hustle.” He earned that endearing title because he never gave less than 100% to his Cincinnati Reds baseball team while he was on the field. He would run full-speed to first base on a walk. He would dive head-first into first base to beat out a bunt. Charlie Hustle would stretch what should have been just an ordinary single to a double, placing himself in scoring position and helping his team to win the game. In 1978, Rose had one of the longest hitting streaks ever, 44 straight games with many 2 and 3 hit games and only 12 short of the famous Joe Dimaggio.

Pete Rose was a threat every time he stepped to the plate. He had a long and illustrious career. Rose was an assured that he would be inducted into Baseball’s Hall of Fame on the first ballot after he would become eligible. Rose was “worshiped” by most baseball fans and players alike. He was the darling of the press. As one of his fans, I can say it was a joy to watch him play.

But then one day all of that dramatically changed. The press revealed that Rose had a darker, secret side to his life. Rose was accused of gambling big time on the very games in which he was playing. Rose vehemently denied any wrong-doing but was ultimately banished from baseball in 1989 to a state of disgrace and shame. To this day, Pete has never been elected to the Hall of Fame because of his banishment from Baseball.  Time has lessened the effect of the public’s disdain for Rose and what he did but he has never returned to the status of a “True Hero.”

So what is a True Hero?  And how do you identify a True Hero?  The Bible offers a number of examples of true heroism that have withstood the test of time.  In speaking about faith, the writer of Hebrews 11 mentions many of them including Abel, Enoch, Noah, Abraham, Isaac, Jacob, Joseph, Moses and Rahab.  Let’s pick up at verse thirty-two for this quick study to be reminded of others.

Scripture: (all NIrV unless otherwise noted)

35 Women received their dead back. The dead were raised to life again. Others were made to suffer greatly. But they refused to be set free. They did that so that after death they would be raised to a better life.

39 All of those people were praised because they had faith. But none of them received what God had promised. 40 God had planned something better for us. So they would only be made perfect together with us.

My Pastor, Dr. Keith Pisani, recently shared a series of sermons that highlighted some of the heros of the Bible.  Each of his sermons was inspiring, focusing on the role of faith in the lives of the heroes, and ultimately provoked me to think deeper on this topic.

Merriam-Webster defines a “hero” as: 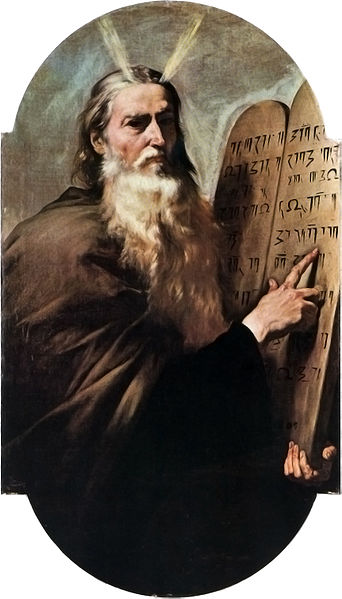 God uses each of His heroes to accomplish His purpose.  God’s True Hero receives their guidance from Him.  True Heroes live their lives to: bring glory to God (Jesus, Daniel, Paul), put the focus on Him and not on themselves through their righteousness (Abraham, Jacob), bring blessing and help to others (Mordecai, Boaz), sacrifice to prepare the way for others that follow (Moses, John the Baptist, Stephen, Sampson), show their devotion and love for God (David, Paul, Peter the Apostle), defeat God’s enemies (Joshua, Gideon, Jephthah, Barak, Deborah).

After discussing numerous examples of God’s more prominent True Heroes (Hebrews 11:1-31), the Hebrew writer says that he doesn’t “… have time to tell about all the others” (Hebrews 11:32) such as Gideon, Barak, Samson, Jephthah, David, and Samuel.  He noted in particular “that their weakness was turned to strength. They became powerful in battle. They beat back armies from other countries (Hebrews 11:34).  Many of God’s True Heroes were laughed at, whipped, held in chains,  martyred, were poor, were treated badly, “… wandered in deserts and mountains. They lived in caves. They lived in holes in the ground (Hebrews 11:38).”  The writer concludes by saying that all of these lesser-known heroes had one thing in common: “All of those people were praised because they had faith” in Almighty God!

God’s definition of what constitutes a True Hero differs from that of man in that the primary quality that identifies that hero is his faith in God.

While the accomplishments of Pete Rose as a baseball player certainly cannot be denied, he will not be remembered as one of our True Heroes.  Instead he will go down in history as a failure, a cheat, and a liar … not because of his lack of baseball skills, but because of his character.  How can you have faith in such a man?  How can he be a hero?

One of Max Lucado’s short daily audio devotionals, A Hero in the Bible, compares a human hero to one of God’s True Heroes.

Behold a hero of the west.  A thousand head of cattle pass behind him. He needs no one.  He’s a cowboy.  The American hero.

Behold a hero in the Bible:  the shepherd.  He too is rugged.  Like the cowboy he makes his roof the stars and the pasture his home.

We don’t need a cowboy to herd us.  We need a shepherd.  A shepherd to care for us and to guide us.  And we have One.  One who knows us by name.

Other Articles by Jim Davenport:

Jim Davenport resides in the USA in Northeast Georgia, is a member of a Southern Baptist Church and is a retired Christian business man. Jim and his wife Charlotte have one son and daughter in law, Keven and Amy, four grandchildren – Ashlyn (Davenport) & Josh Murphy, Mason & Rebecca (Knight) Davenport and four great-grandchildren. Jim and Charlotte own a mountain get-away home located on Lookout Mountain in Alabama where they spend many spring, summer and fall days working in their raised bed organic garden. Jim has served as a Deacon and Trustee in his local church most of his adult life and on the Executive Committee and Finance Committee of the Board of Trustees of Shorter University, an intentionally Christian institution located in Rome, Georgia. Jim has a passion for the word of God and has always believed that Christian principles should guide every aspect of his life. He also loves Christian music and often served as a tenor soloist in his church. One of the highlights of his life was the nearly 20 years he spent singing with The Good News, a Southern Gospel quartet. Jim served as an Information Technology professional his entire working career of 50 years holding senior positions in and consulting with hundreds of world-class organizations in the United States, Canada, Europe, Central and South America, Australia and New Zealand. Jim remains as President and CEO of InfoSys Solutions Associates, Inc. and is a retired partner of IT Governance Partners, LLC, both of which are “Trusted Advisor” technology and business consulting firms. Jim has authored a number of books available at www.jimdavenport.me/jims-books. His blog has ben read by readers from more than 170 countries. Jim holds both a BS and an MS in Mathematics from Georgia State University in Atlanta, Georgia and completed Management Development Training at Emory University in Atlanta, Georgia.
View all posts by jimdavenport →
This entry was posted in Bible Studies, Christian Devotions, Southern Gospel Music, Uncategorized and tagged Abraham, Almighty God, Apostle Paul, Barak, Bible, bible studies, Boaz, Christ, Christian, christian devotions, Christian living, Daniel, David, Deborah, defeat God's enemies, faity, Father, focus on God, Gideon, glorify God, God, Jacob, Jephthah, Jesus, Joe Dimaggio, John the Baptist, Joshua, live by faith, Lord, love, love for God, Mordecai, Moses, New International Reader's Version, Paul, Pete Rose, Peter the Apostle, purpose, righteous, righteousness, Romans 11, Rome, salvation, Sampson, Southern Gospel Music, Stephen, strengthener. Bookmark the permalink.

3 Responses to A True Hero