Posted on September 23, 2012 by jimdavenport

The Barna Group, founded in 1984, is a “leading research organization focused on the intersection of faith and culture.” Barna has performed hundreds of surveys since their inception. A Barna survey completed prior to 2008 reports the following statistics:

Who prays in a typical week?

Interesting statistics … at least to me. Perhaps the most revealing statistic is the last one in the list … nearly three-quarters of those who don’t describe themselves as “born-again” still pray at least weekly. Why are they praying? Does God hear and answer the prayer of both the saved (born-again) and unsaved? If He does, what prayers does He hear and which ones does He choose not to hear. How can we be confident that God will hear and answer our prayers? How does one Pray With Confidence? 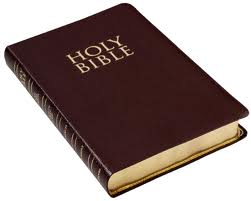 Jeremiah 32:16-19 – 16 “Now when I had delivered the purchase deed to Baruch the son of Neriah, I prayed to the Lord, saying: 17 ‘Ah, Lord God! Behold, You have made the heavens and the earth by Your great power and outstretched arm. There is nothing too hard for You. 18 You show lovingkindness to thousands, and repay the iniquity of the fathers into the bosom of their children after them—the Great, the Mighty God, whose name is the Lord of hosts. 19 You are great in counsel and mighty in work, for Your eyes are open to all the ways of the sons of men, to give everyone according to his ways and according to the fruit of his doings.”

Ephesians 2: 1-9 (NIV) – 1 As for you, you were dead in your transgressions and sins, 2 in which you used to live when you followed the ways of this world and of the ruler of the kingdom of the air, the spirit who is now at work in those who are disobedient. 3 All of us also lived among them at one time, gratifying the cravings of our flesh[a] and following its desires and thoughts. Like the rest, we were by nature deserving of wrath. 4 BUT because of his great love for us, God, who is rich in mercy, 5 made us alive with Christ even when we were dead in transgressions—it is by grace you have been saved. 6 And God raised us up with Christ and seated us with him in the heavenly realms in Christ Jesus, 7 in order that in the coming ages he might show the incomparable riches of his grace, expressed in his kindness to us in Christ Jesus. 8 For it is by grace you have been saved, through faith—and this is not from yourselves, it is the gift of God— 9 not by works, so that no one can boast. 10 For we are God’s handiwork, created in Christ Jesus to do good works, which God prepared in advance for us to do.

I started thinking about this topic after reading the April 27, 2012 devotional by Beverly Hill McKinney in Open Windows.  It took a while to completely sink in and become personally relevant to me.

In Jeremiah chapter 32, Jeremiah was under “house arrest” by King Zedekiah of Judah because of  his anger over Jeremiah’s prophesy that Zedekiah and the people of Judah would soon fall in battle to Nebuchadnezzar,  King of the Babylon, and would be carried away into captivity. Judah had repeatedly disobeyed God’s laws and ignored God’s pleas for repentance. Judah’s cries for God’s protection had come too late and His judgement on them was already in motion.

Sample papyrus document for a grain loan. The land deed describing Jeremiah’s purchase of the field in Anathoth would have been prepared on similar papyrus and placed in the sealed jar for safekeeping.

Through  a vision from God and with His leadership Jeremiah purchased a field in  Anathoth, (Jeremiah’s home town) in the territory of the tribe of Benjamin.  The original of the deed, properly executed and witnessed, was placed in a sealed jar that was given to Baruch, the son of Neriah, for safekeeping well into the future.  The land purchase process signified “that though Jerusalem was (would be) besieged, and the whole country likely to be laid waste, yet the time would come, when houses, and fields, and vineyards, should be again possessed” (Matthew Henry’s Commentary).

McKinney’s Open Windows devotional relates that “… through this vision Jeremiah acknowledged God’s greatness and showed nothing is too hard for Him. Certainly, the Creator, who spoke the heavens and earth into existence, has the power to do anything.”  This same God whom Jeremiah served is always there waiting on us to call on Him.  ALL of our prayers offered to God are heard by Him.  None are overlooked.  This, in and of itself, is enough for me to pray more expectantly.  Christians should Pray With Confidence recognizing that God has unlimited power to carry out His will in our lives when we let Him do so.

Ephesians 2:1-9 is a marvelously rich passage that is not usually associated with prayer.  But I find one thought in particular extremely comforting in these verses. At the moment a seeker accepts Christ Jesus as personal Lord and Savior, Jesus enters and indwells the heart of the believer in the form of the Holy Spirit and never leaves.  Previously and without the indwelling of the Holy Spirit we were sinners without Jesus, “dead in your (our) transgressions and sins” (vs. 1) … following our fleshly thoughts and desires  and “deserving of wrath” (vs. 3). “BUT because of His great love for us” (vs. 4) …  God raised us up with Christ and seated us with Him in the heavenly realms in Christ Jesus (vs. 6).”

WOW!!  Christians have God indwelling in us and we are also simultaneously seated in Christ Jesus at the Father God’s right hand.  What a lofty position the Christian occupies in God’s kingdom!!  Knowing this Christian, why would you pray so timidly?  By the Grace of God the Christian has been pulled up from the miry, fleshly clay and seated with Jesus.  That is a powerful, powerful message!

In Matthew 7:7 Jesus told us to  “Ask, and it will be given to you; seek, and you will find; knock, and it will be opened to you.  So when offering your prayers to God, why would you do anything other than Pray With Confidence.

God indeed hears ALL of our prayers, both for the saved and unsaved (see Psalm 66:16-20).  However, our “attitudes and actions can” easily sabotage our prayers.  Sin, disobedience, hypocrisy, insincerity, wrong motives, lack of faith and even marital problems are among the saboteurs.

One of my dear brothers in Christ, Bernie Webb, is fighting Stage IV metastatic colon cancer.  Bernie and I worked together for almost fifteen years through the 1980’s and early 1990’s.  He was (and still is) a tremendous asset for the information technology team that supports a major international corporation.  Bernie shares his daily journey in his blog, Believing IN Christ Jesus through ALL things.  Bernie is a prayer warrior and I know that he prays with confidence.  I point you to one article in particular, “God is able to accomplish INFINITELY more than we ask.”  Bernie shares his Christian faith and exposes his Godly courage and prayer life in this insightful article.  I invite you to go to his site and read it.

In closing, one of my favorite praise choruses, Ah Lord God, speaks to the immeasurable power of God.  Nothing, nothing, absolutely nothing, nothing is too difficult for God.  Click on the link, watch the video and sing along with the words.

For those interested in additional reading on related topics please refer to:

Jim Davenport resides in the USA in Northeast Georgia, is a member of a Southern Baptist Church and is a retired Christian business man. Jim and his wife Charlotte have one son and daughter in law, Keven and Amy, four grandchildren – Ashlyn (Davenport) & Josh Murphy, Mason & Rebecca (Knight) Davenport and four great-grandchildren. Jim and Charlotte own a mountain get-away home located on Lookout Mountain in Alabama where they spend many spring, summer and fall days working in their raised bed organic garden. Jim has served as a Deacon and Trustee in his local church most of his adult life and on the Executive Committee and Finance Committee of the Board of Trustees of Shorter University, an intentionally Christian institution located in Rome, Georgia. Jim has a passion for the word of God and has always believed that Christian principles should guide every aspect of his life. He also loves Christian music and often served as a tenor soloist in his church. One of the highlights of his life was the nearly 20 years he spent singing with The Good News, a Southern Gospel quartet. Jim served as an Information Technology professional his entire working career of 50 years holding senior positions in and consulting with hundreds of world-class organizations in the United States, Canada, Europe, Central and South America, Australia and New Zealand. Jim remains as President and CEO of InfoSys Solutions Associates, Inc. and is a retired partner of IT Governance Partners, LLC, both of which are “Trusted Advisor” technology and business consulting firms. Jim has authored a number of books available at www.jimdavenport.me/jims-books. His blog has ben read by readers from more than 170 countries. Jim holds both a BS and an MS in Mathematics from Georgia State University in Atlanta, Georgia and completed Management Development Training at Emory University in Atlanta, Georgia.
View all posts by jimdavenport →
This entry was posted in Bible Studies, Christian Devotions and tagged ah lord God, barna group, bible studies, Born again (Christianity), Christ, christian devotions, does God hear my prayers, ephesians 2:1-9, financial problems, God, guidance help, how to pray, james 5:16, Jeremiah, jeremiah 11:11, jeremiah 32:16-20, Jesus, Jesus Christ, Lord, matthew 7:7, nothing is too difficult for thee, prayer, praying for guidance, praying for wisdom, Psalm 66:16-20, religion, statistics on prayer, when does God refuse to hear our prayers, who prays, why pray. Bookmark the permalink.

2 Responses to Pray With Confidence